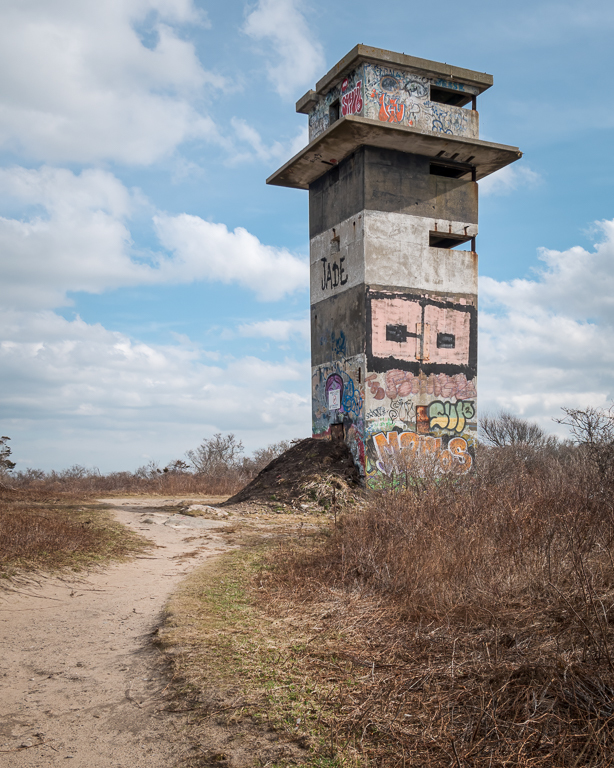 Posted by Andy (Massachusetts, United States) on 20 January 2022 in Architecture.

This abandon and closed tower were once coastal fire control towers during WW2. They were disguised as lighthouses but the fake light on top of the structure has long been gone.
As a child I remember, people once were able to go inside and climb the stairway to the top. But the stairway inside deteriorated badly making it very dangerous and it was closed off. However, people still managed to get inside and climb to the top and of course they had to be rescued. One unfortunate male, fell while inside the tower and broke some bones. The rescue unit had to get heavy machinery and dig out the dirt barrier to get inside.
The area is known as Gooseberry Island and is a popular place to walk.

you can wonder how they get to some of places on this tower to bring on the graffiti.

A great view of this old tower with very interesting information.