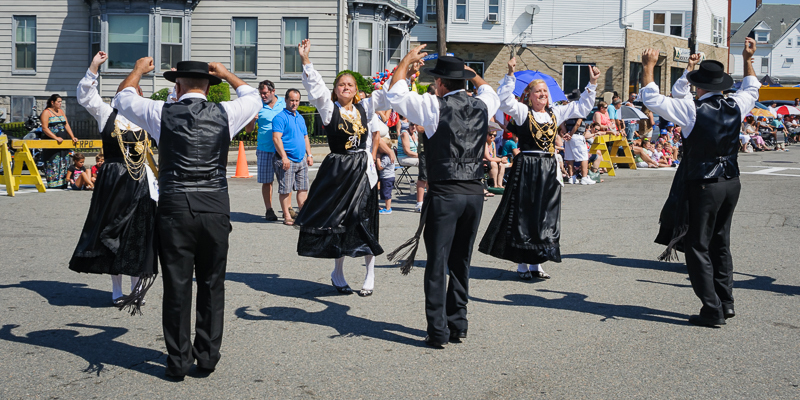 Last weeks photo theme prompt. I am a little late to the party.
As I was looking at last weeks theme "Dance" I remembered I had photos of the Holy Ghost Feast from 2016. (This event was put on hold because of - well, you know why.)
The city of Fall River in the state of Massachusetts has a large Azorean Portuguese population and each year a major event is the Holy Ghost Feast in the month of August. This was part of the parade as they marched into the park for additional festivities.