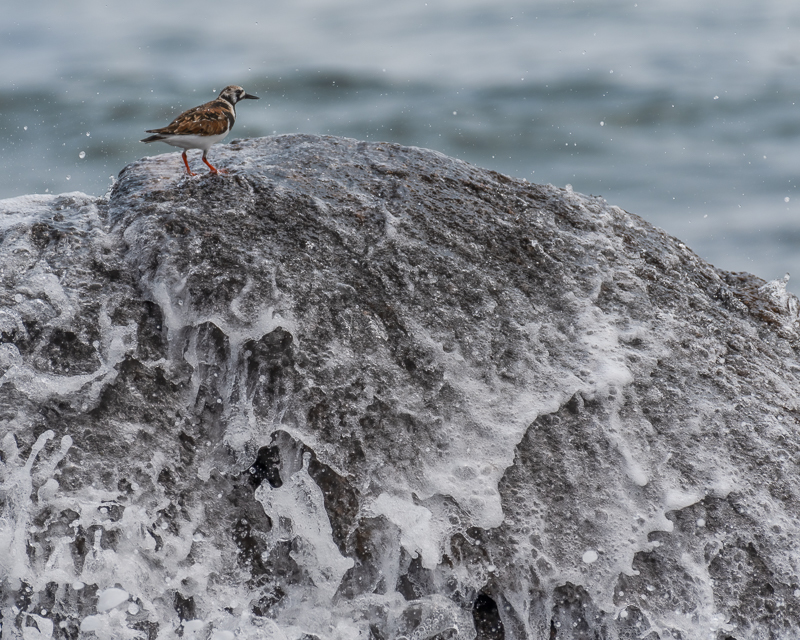 Posted by Andy (Massachusetts, United States) on 23 May 2022 in Miscellaneous.

There was a small flock of ruddy turnstones on this rock when a wave crashed over it. When the wave crashed over the rock, the wave was bigger then expected, for the birds and for me. At the last moment, I tried to capture the birds as they flew off as the waves crashed against the rock. The others flew off while this brave bird timed it just right to stay on the rock..

Although I missed my original intent, I ended up liking this photo because of the layering effect of the water as it flowed over the rock with the bird as an additional element.

looks like a mountain until the bird gives it scale

This image has been featured in 1 Remix collection.